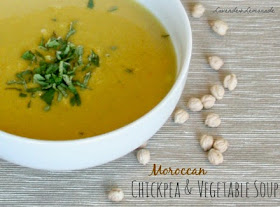 Soups are great all year round, and this Moroccan Chickpea and Vegetable Soup is the perfect example of a soup that is crave-worthy in all the seasons.

This soup comes directly from The Healthy Mind Cookbook by Rebecca Katz with Mat Edelson, which I've reviewed HERE.

I have to admit, I was skeptical.  For starters...since when is maple syrup an ingredient in Moroccan cuisine?  But truth be told, this soup is a winner!  Its blend of vegetables is full of flavor, and filled with brain-healthy nutrients! 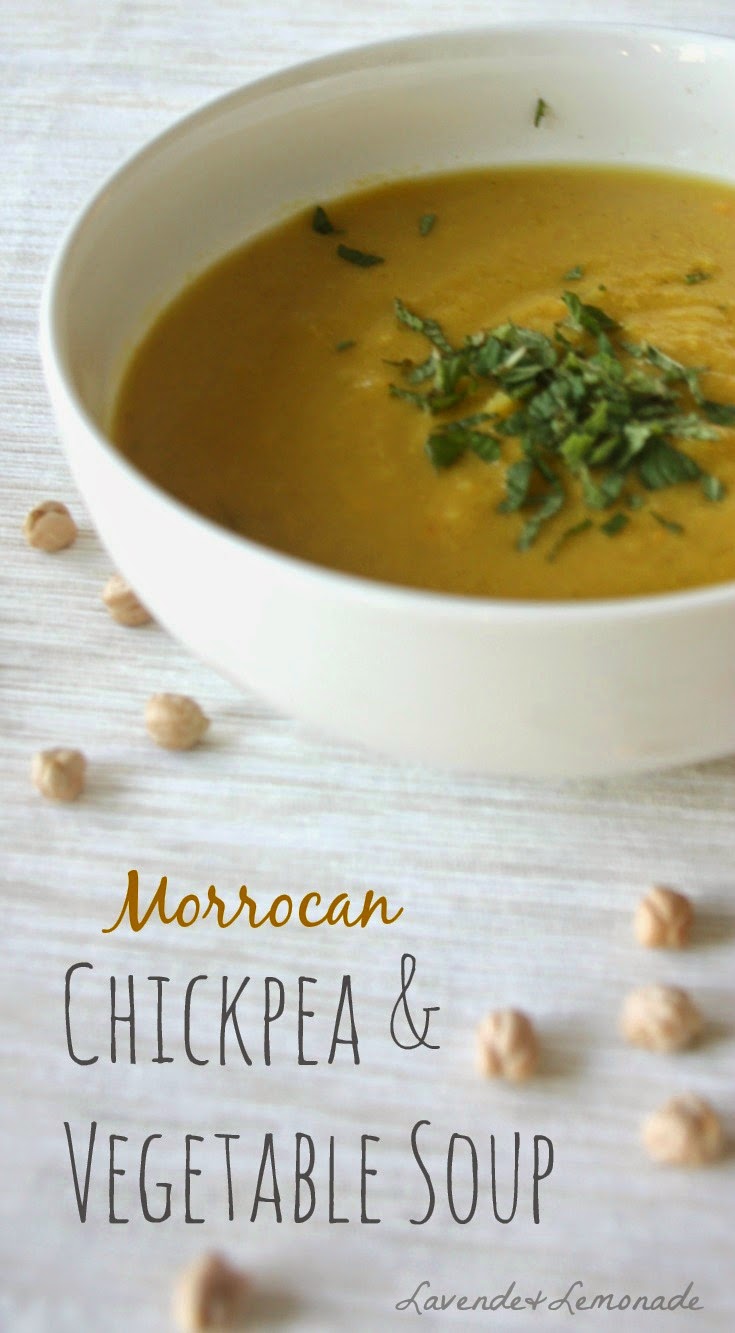 I knew I was on the right track with this soup when Catherine, my scrupulous recipe tester for the past seven years, wrote the following reaction to trying it: "Nothing to say but 'swoooooooooon.'"  Now that's what I call positive feedback!  The trick with this soup is that after I cook it, I take half of it out of the pot and blend it, and back into the pot it goes.  It's an act of culinary predigestation: the blending will make you think there are three cartons of cream added to the soup, but 'tis not the case.  There are plenty of brain boosters in this soup, notably the spices; curcumin has been shown to fight depression, and may play a role in the production of brain-derived neurotrophic factors, genes that help with memory and learning and help brain neurons function and survive.

Heat the olive oil in a soup pot over medium heat, then add the onions, fennel, celery, and a pinch of salt and saute until golden, about 6 minutes.  Add the sweet potato and carrot and saute another 3 minutes.  Add the garlic and cook for 30 seconds.  Stir in the cumin, turmeric, 1/2 teaspoon of salt, coriander, cinnamon, red pepper flakes, and saffron and stir for another 30 seconds, or until fragrant.  Pour in 1/2 cup of the broth to deglaze the pot, stirring to loosen any bits stuck to the pot, and cook until the liquid is reduced by half.

Spritz the chickpeas with lemon juice, add a pinch of salt, and stir, then add to the pot.  Add the remaining 5 1/2 cups of broth.  Bring to a boil, then reduce the heat to medium, cover, and simmer for 15 minutes.

Ladle 4 cups of the soup into a blender and process for 1 minute or until velvety smooth.  Stir the blended mixture back into the soup and cook over low heat, just until heated through.

Stir in 4 teaspoons of lemon juice and a few grinds of black pepper.  Taste: you may want to add a pinch of salt, a drop or so of maple syrup, or a squeeze of lemon juice.

Serve garnished with the cilantro and mint.

STORAGE:  Store in an airtight container in the refrigerator for up to 5 days for in the freezer for up to 2 months. 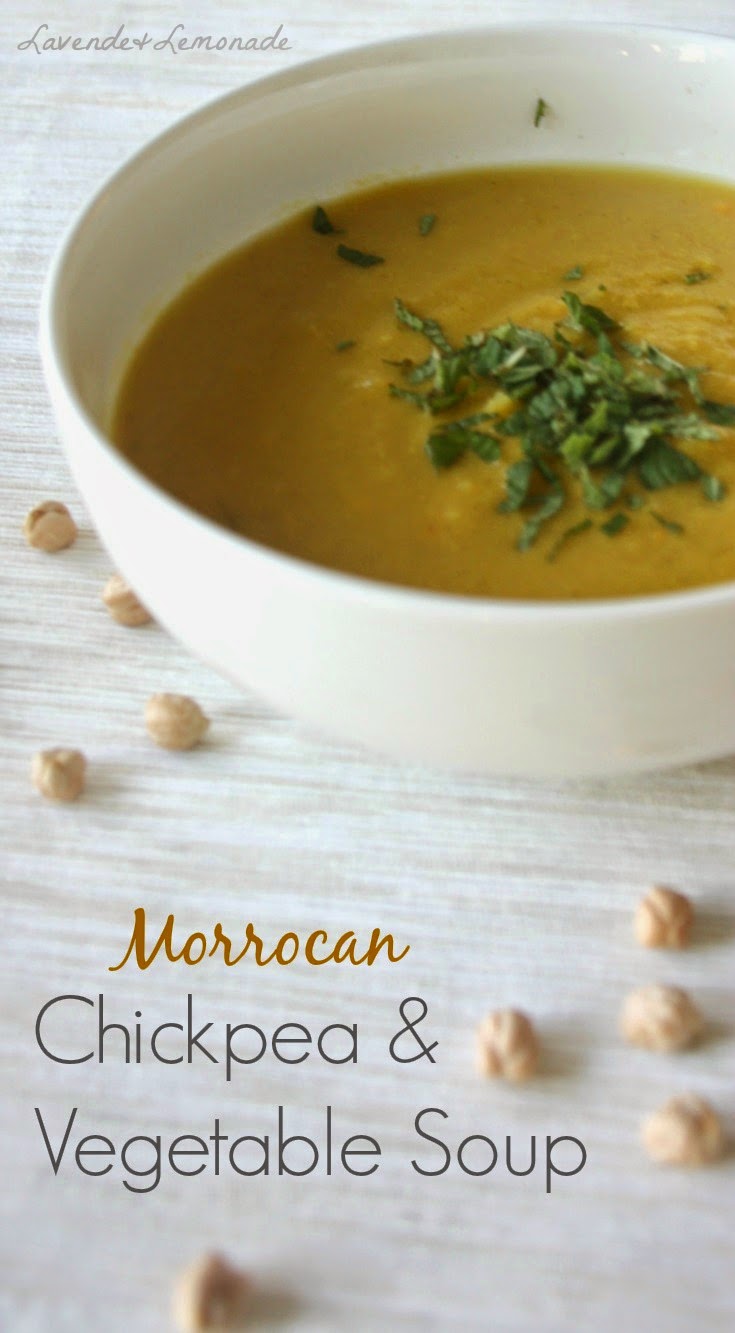 Me (L&L) again...
When making this soup, I found that the lemon was the clincher.  It goes from a 2 to a 10 once that goes in!  Also, skeptical as I may have been, I did add the maple syrup and found that it rounded out the flavor perfectly.

I did take a shortcut and instead of pouring half of the soup into a blender, I used my immersion blender and tried to only blend half of the pot's contents.  The results weren't as precise as what is instructed in the original recipe, but it is a great time-saver for a casual weeknight meal.

All in all, this has been added to our list of favorites.  Although the ingredients list looks long, it is mostly herbs - making it a super-healthy, inexpensive, and simple dinner to make.
Share